In this pano image taken in the early autumn soon after I arrived in Poland, the clouds sat over our neighborhood like a hat.

One of the best features of our first house in northern Poland was the setting. Nestled next to farmers’ fields, the location provided a clear view of the Polish sky and the wind turbines to the south.

We’ve lived in Kansas and Minnesota, both places with big sky and weather that changes on a dime. Northern Poland is easily their equal. The skyscapes here are as beautiful and as ever-changing, probably mostly due to our proximity to the Baltic Sea.

The skyscapes are indeed the big picture, but the details are beautiful, too. Poland is very fertile, so by looking down there was always something interesting to see: spider webs, flowers, frost, ice, etc. You get the idea.

This post could be considered an companion to “One Year On.“ Whereas that post was a reflection on the collision between our expectations and reality after one year in Poland, this post is a brief photo essay, in roughly the chronological order of when the photos were taken, of that year’s seasons as seen from our first house and the surrounding fields. 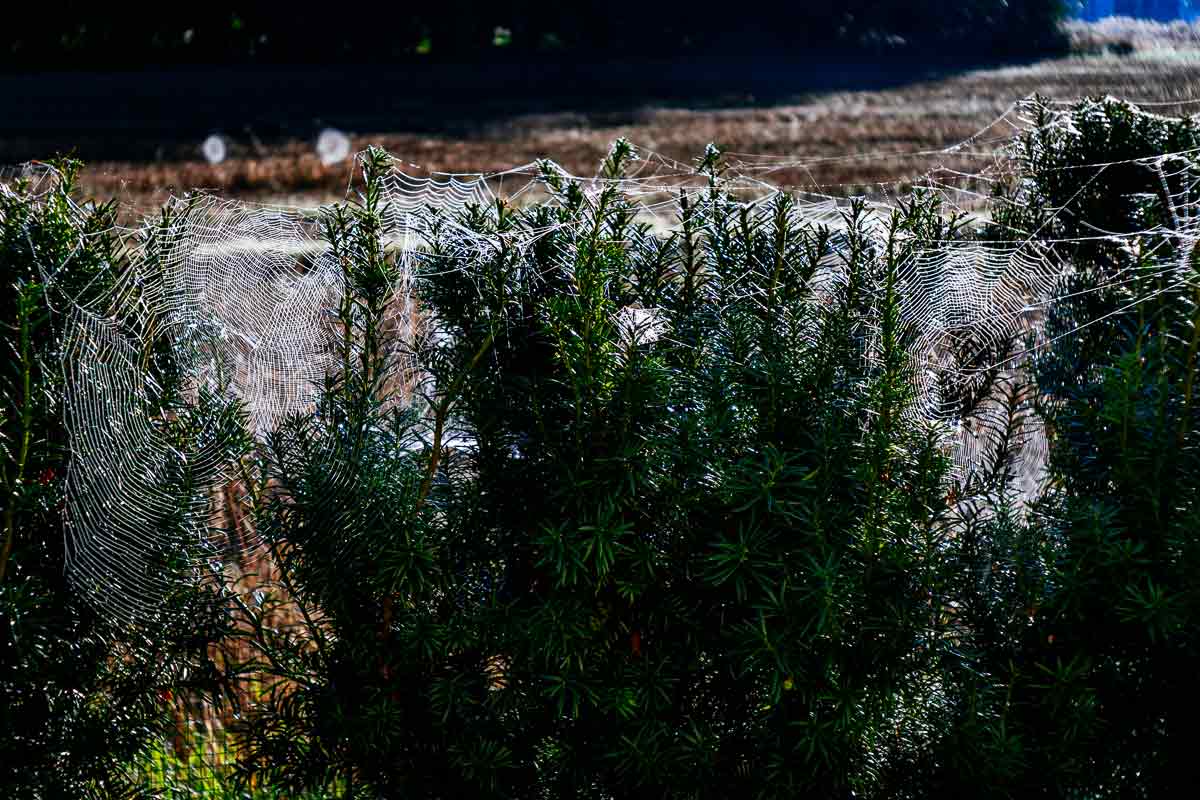 In the late fall, the early morning sun and dew illuminated the dozens of spider webs in our hedges and the neighboring field. 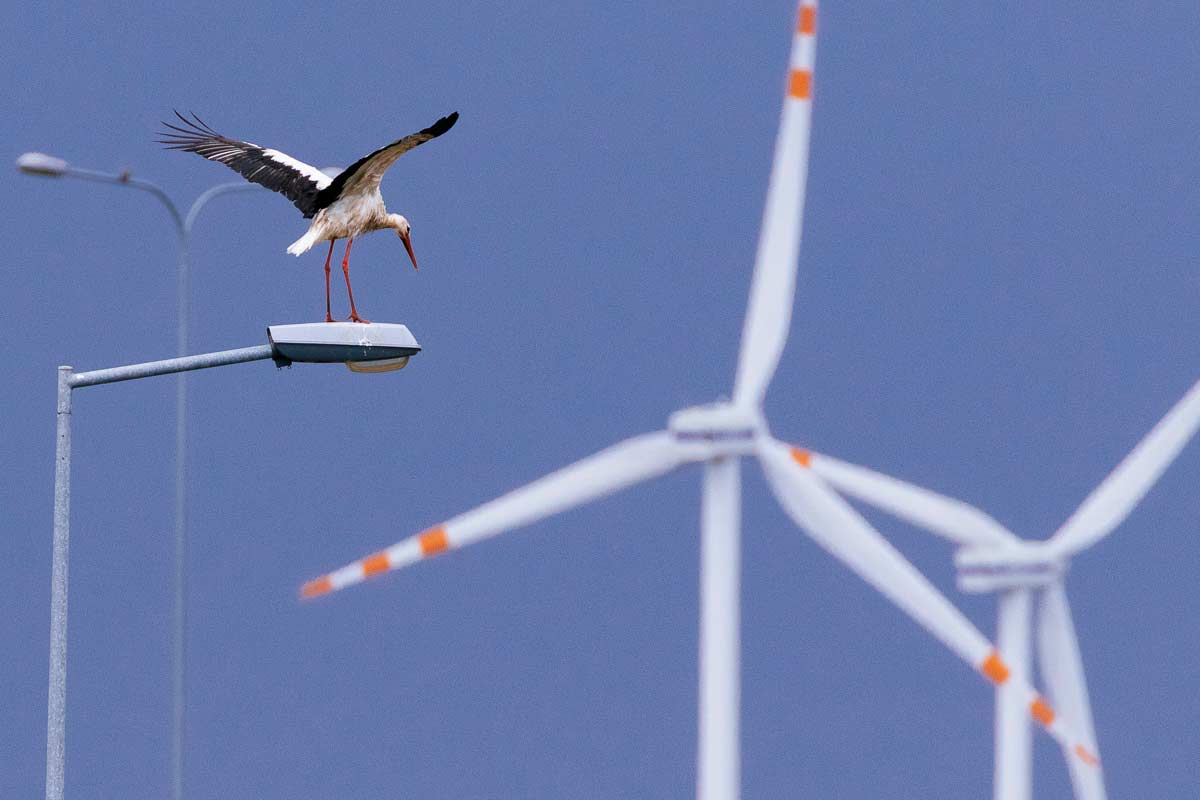 White storks are believed to bring good fortune and their arrival in late March is a sign that spring is finally arriving. Storks are protected in Poland and the birds nest on utility poles and taller buildings. Roughly a quarter of the white storks in the world summer in northern Poland. 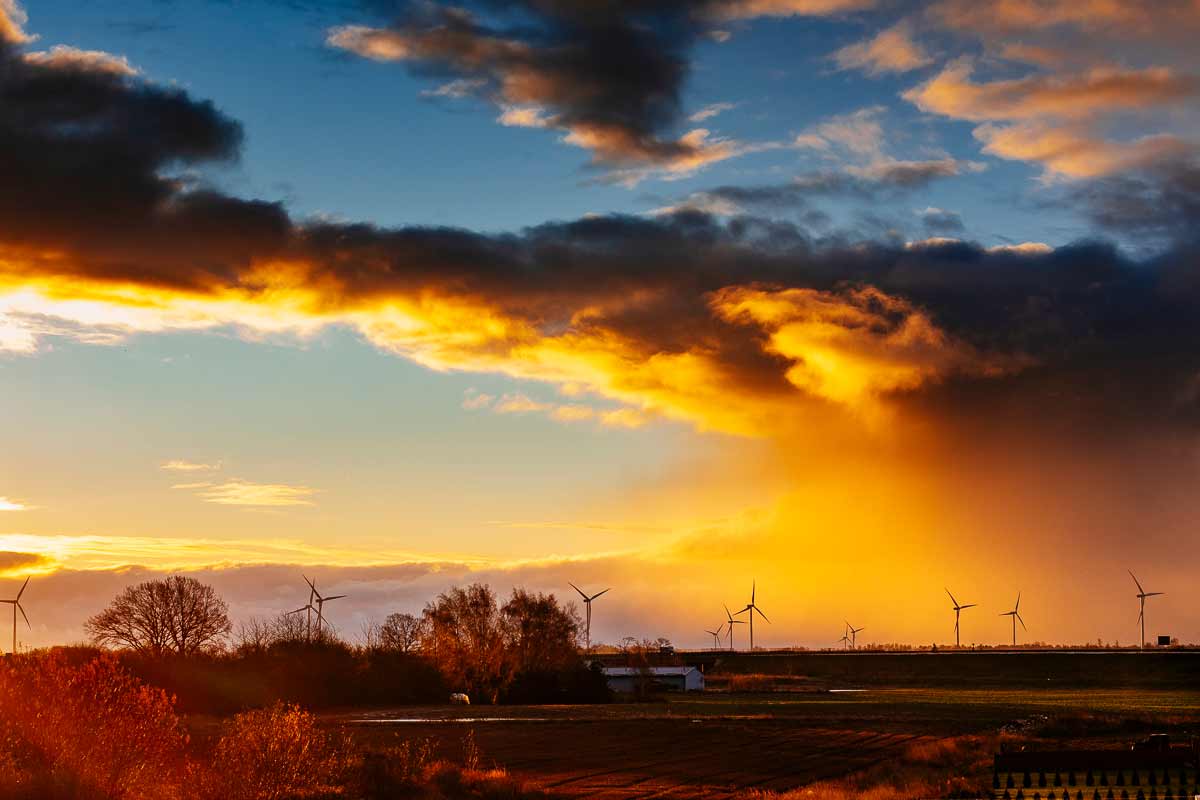 In this scene from our bedroom balcony, the wind turbines are dwarfed by the Polish sky. Wind turbines are abundant in Poland and Germany. On our of our car trips, Rosemary said, “It seems like wherever we go, we’re always driving towards a wind turbine.” 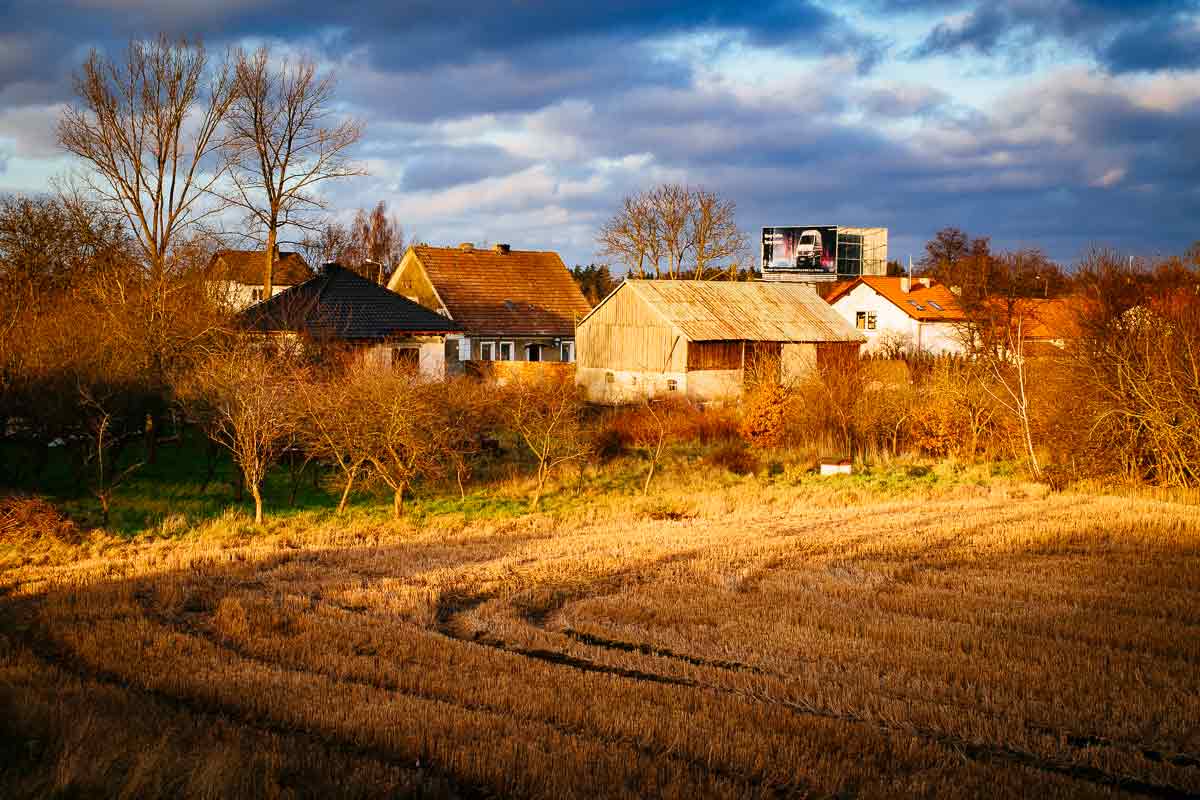 This collection of farmhouses was just to the north of our house. There is an apiary in the backyard (hidden behind the short trees) and the people that live there sell honey from the front of their house. Selling honey and mushrooms on the roadside is quite common. 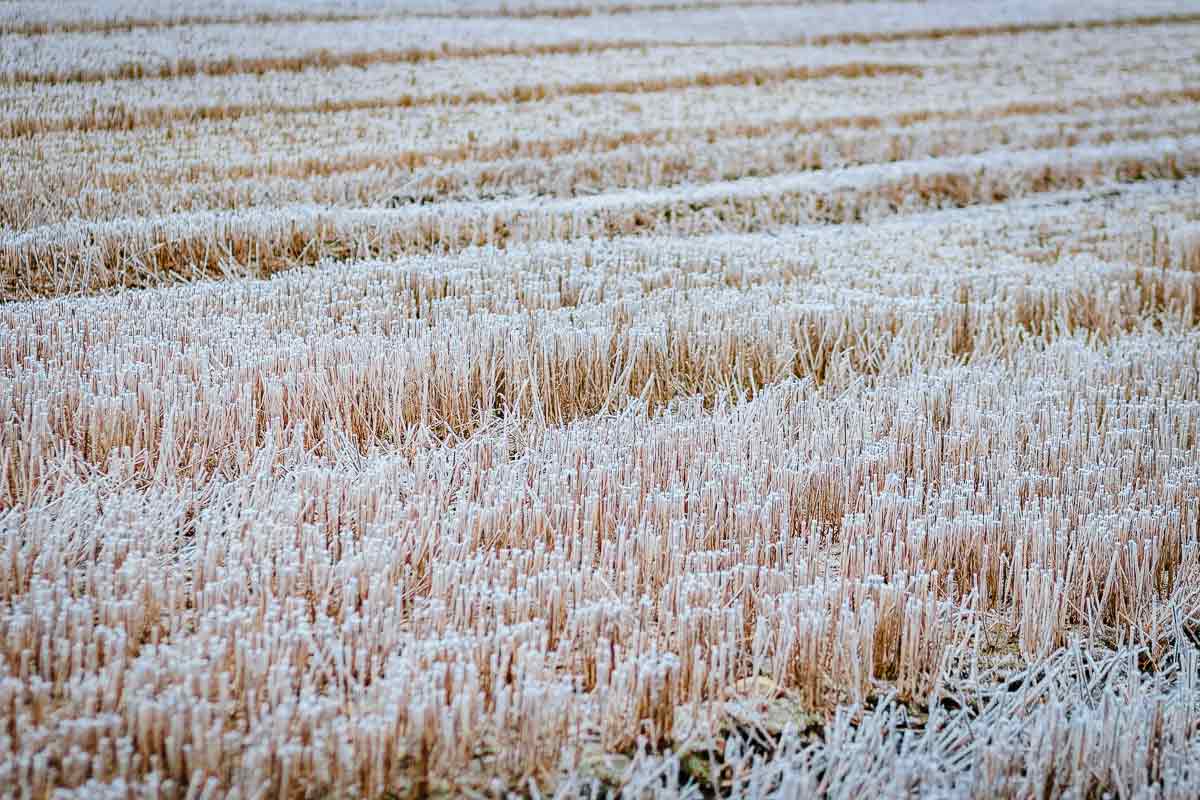 Winter in northern Poland gets quite chilly but doesn’t get a lot of snow. After the last harvest, the frost made this field look like a stubbly beard to me. 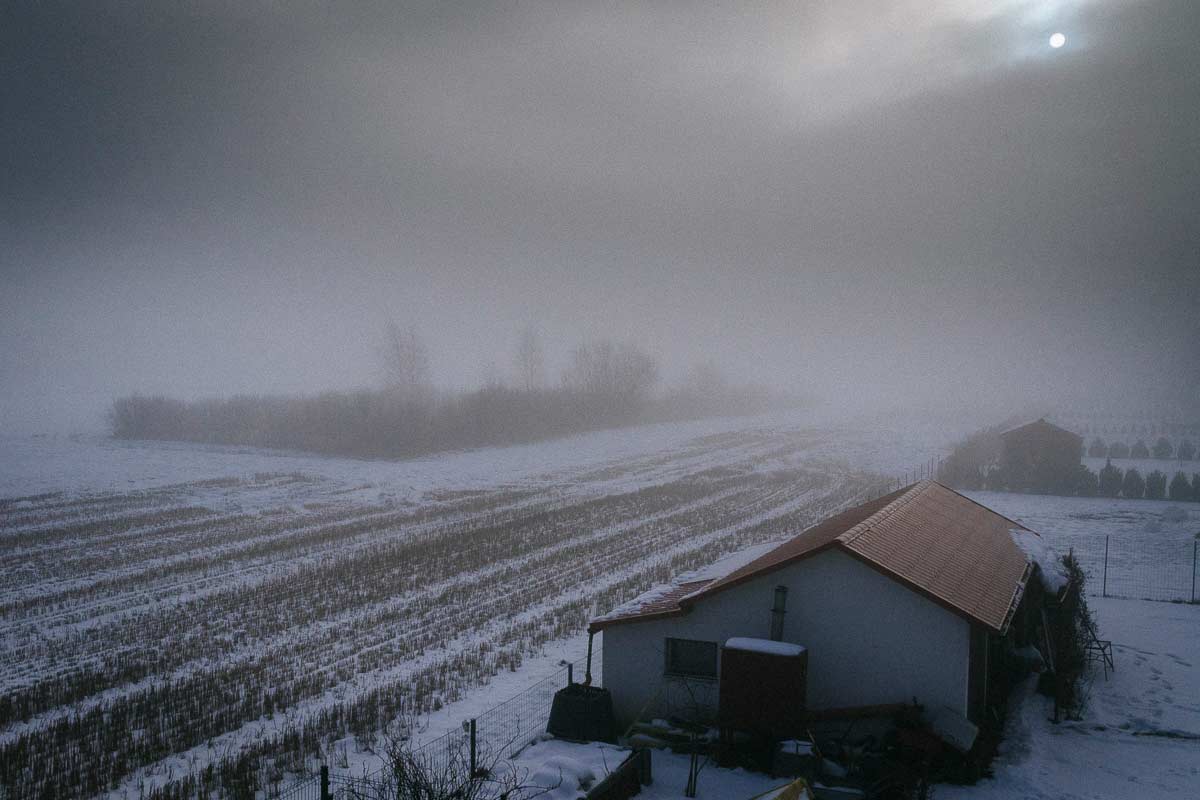 A typical winter day in Bolesławice: a bit of snow and a lot of early morning fog. This photo was taken from our bedroom balcony looking south towards the elevated road and wind turbines, just as in the photo above. 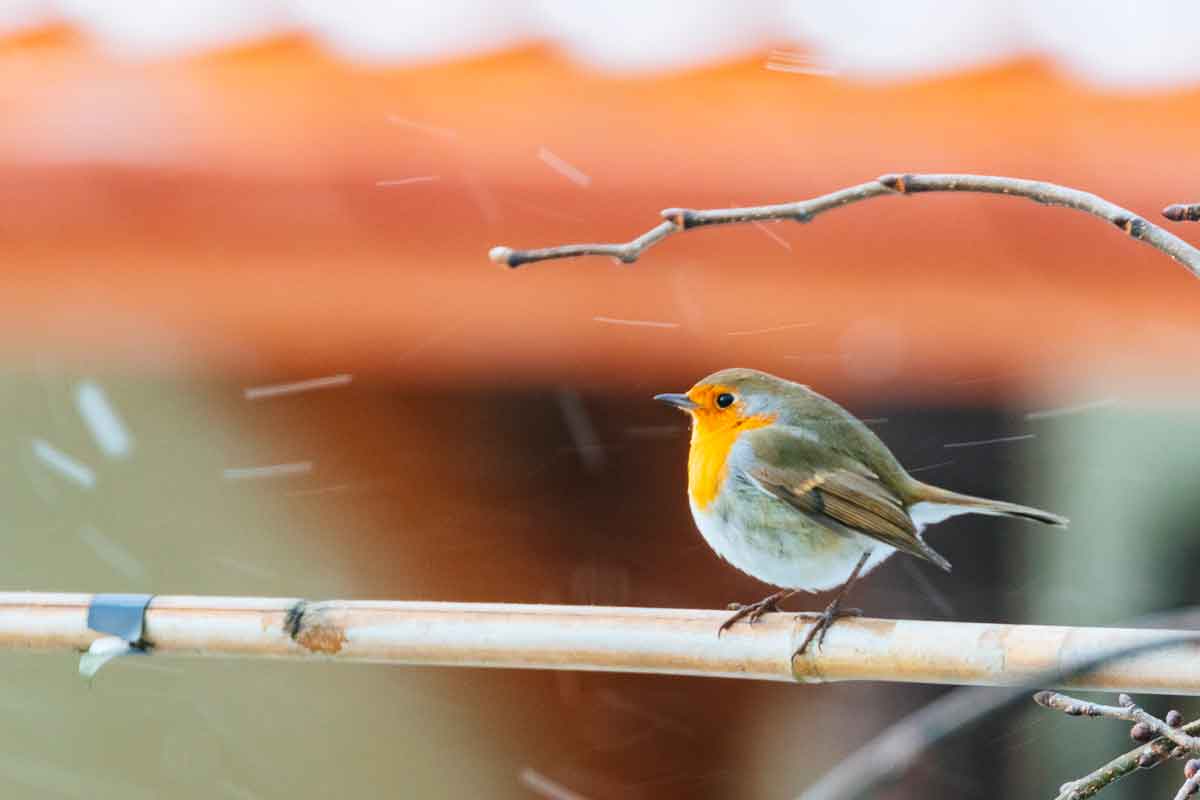 This European robin doesn’t seem to mind the winter wind and sleet. It is weird to not see American robins. 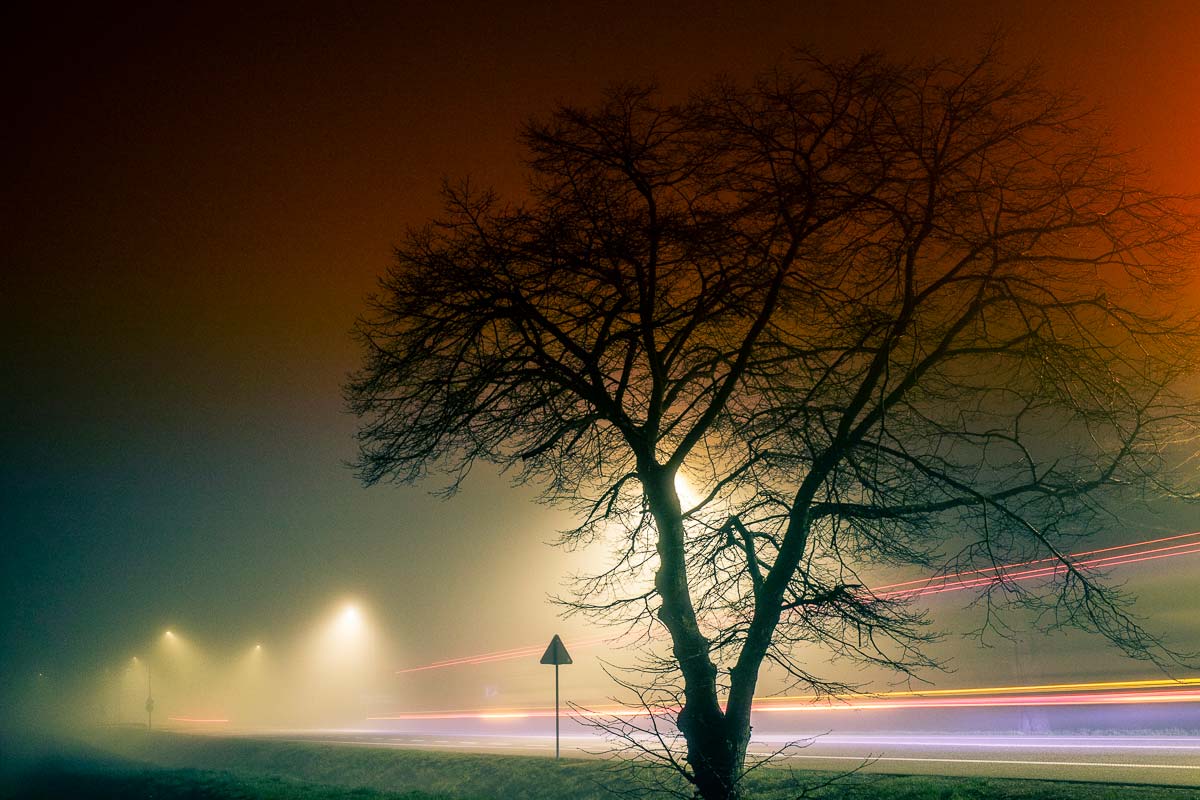 Fog, frequent during the fall, winter and, in this photo, spring, provided an interesting environment for making long-exposure photos of traffic on a nearby road. 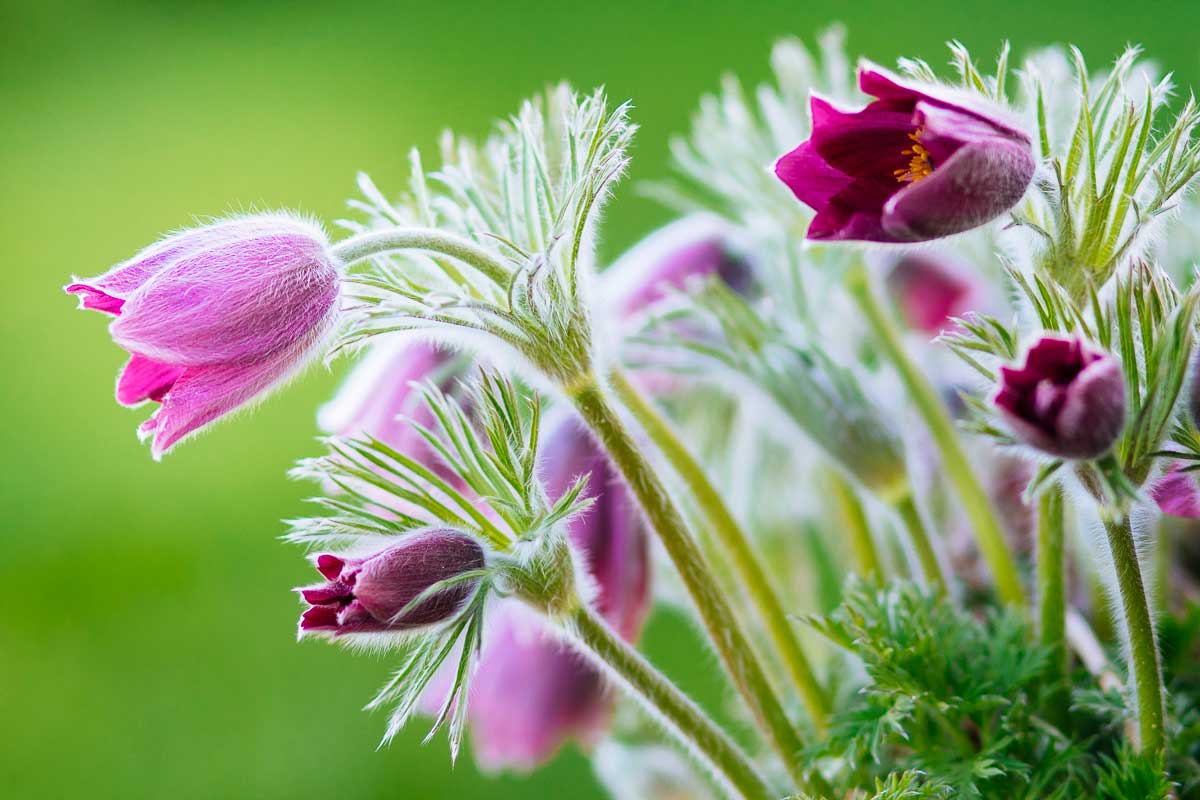 Spring finally arrived and by mid-April flowers were blooming in our backyard. 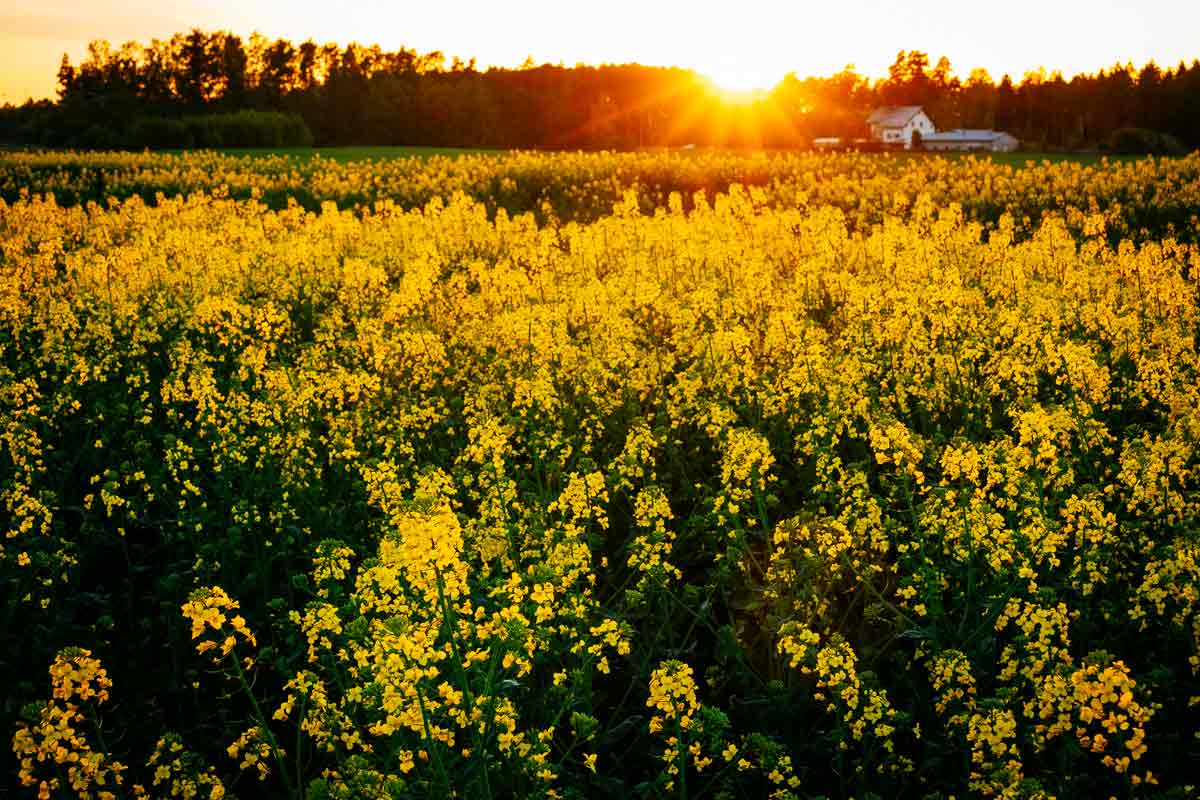 The fields next to our house had a couple crops during the year: barley, oats and rapeseed. This crop of rapeseed was almost ready for harvest by mid-May. 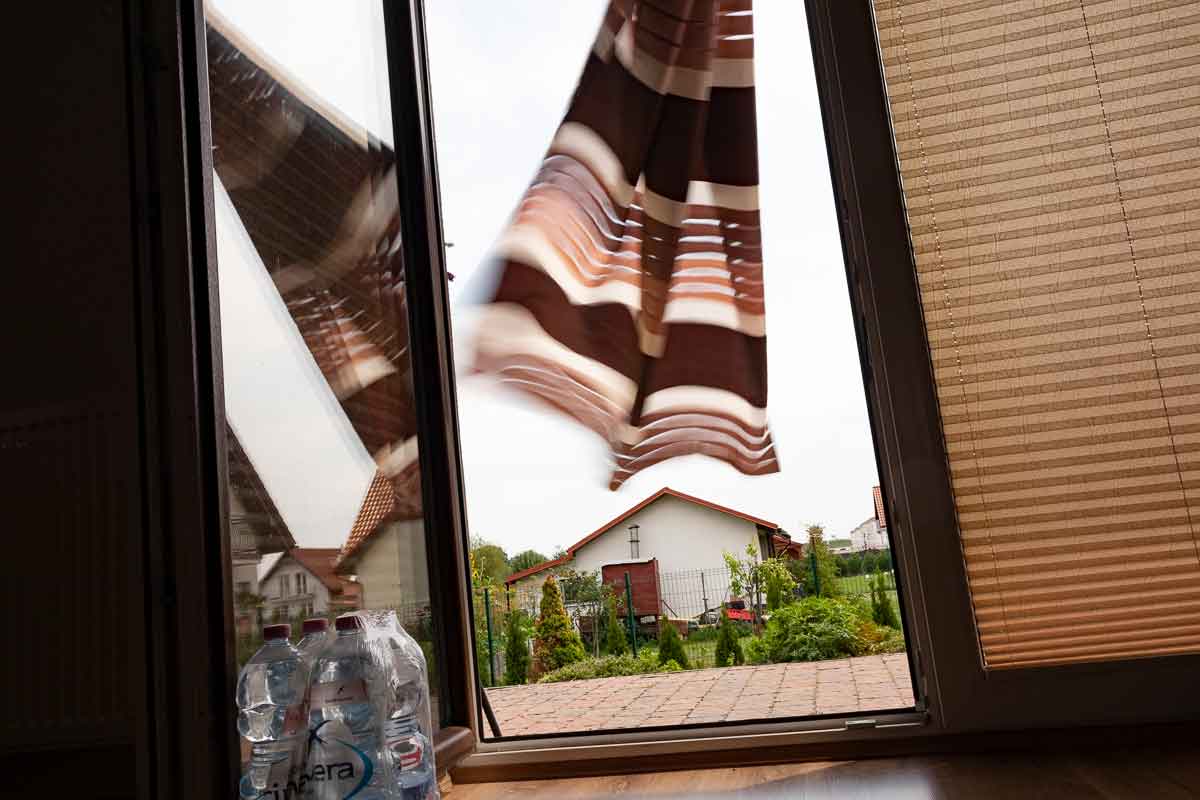 As is common in northern Poland, that house didn’t have AC. In order to cool the house in the summer, we had to open the windows and doors. Fortunately, northern Poland is also very windy (sometimes bordering on gale force!). On this particular summer day, the wind was so strong that it blew the curtain out the back door and six bottles of water were necessary as a doorstop. 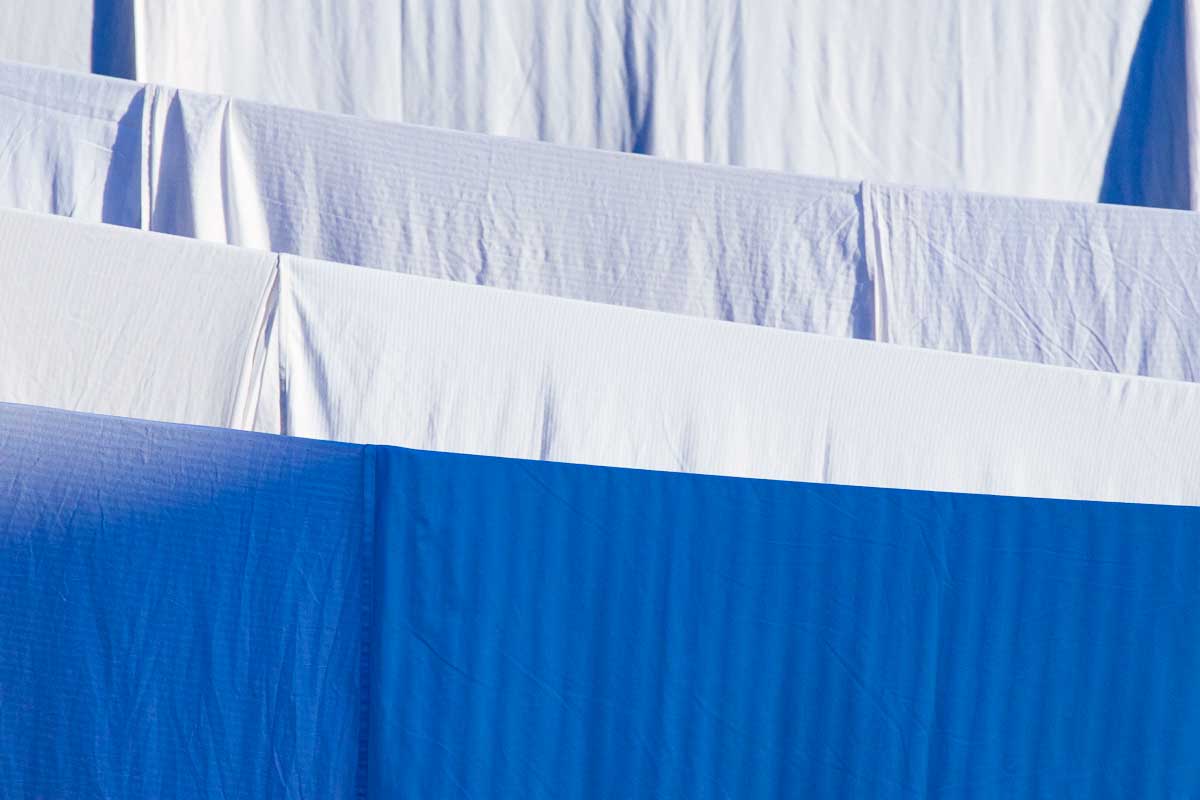 The neighbors behind us, both clearly retired, spent the summer drying sheets for a friend or relative. For several months, they dried a batch of dozens of adult-sized sheets on their clotheslines, sometimes doing two or three batches per day. In the mornings, we would look out the window and, if there were sheets on the line, say, “looks like it’s gonna be a sheety day, tater.” 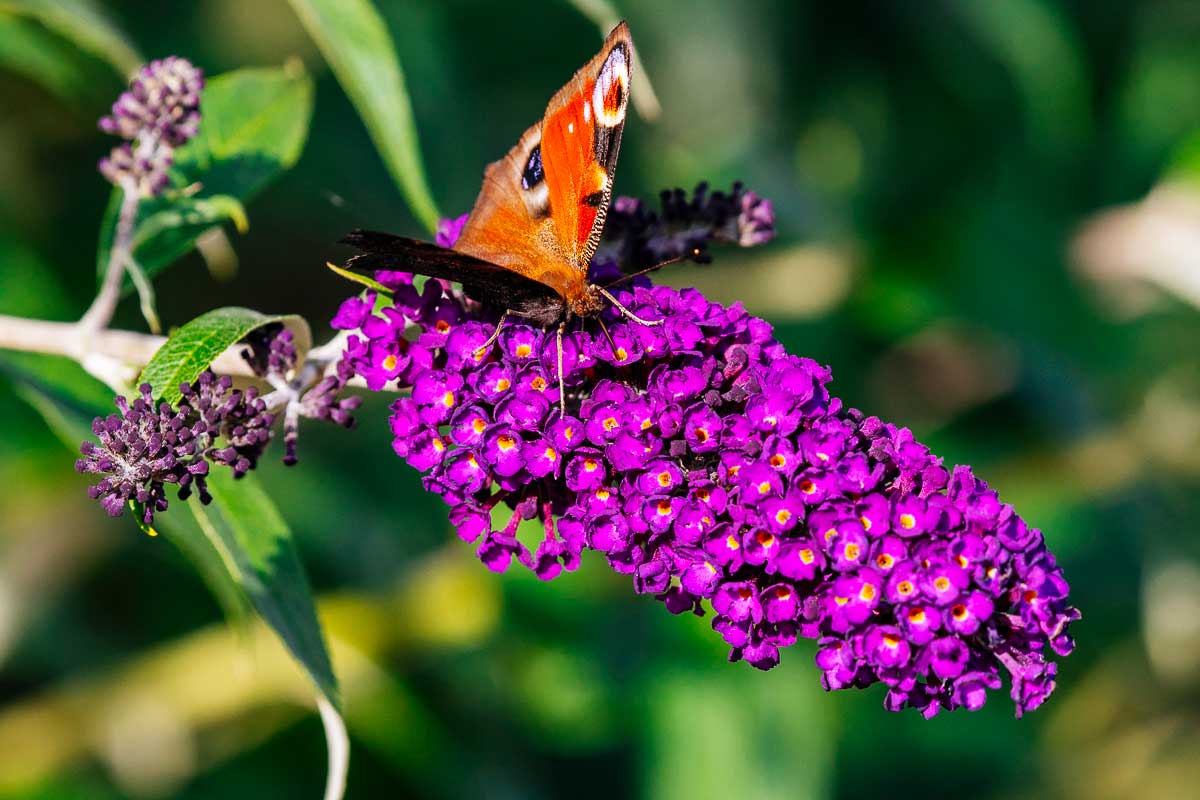 In late summer, the butterfly plant next to the back door bloomed, attracting butterflies and several types of bees. 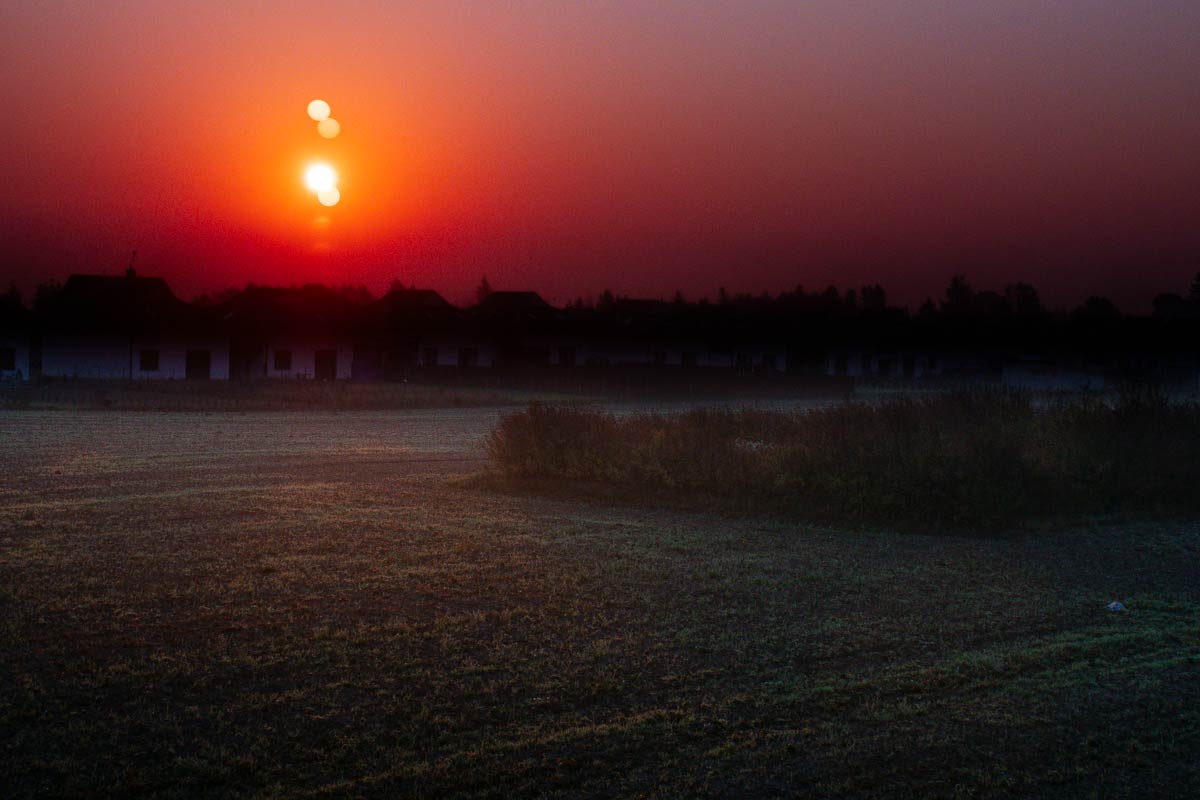 Early fall brought dew and early morning mist, creating blood-red sunrises. There’s a stillness to the foggy fall mornings that’s quite nice. Fortunately, the fog usually burns off by late morning. The multiple suns in this shot are caused by the gradiated neutral density filter I was using. 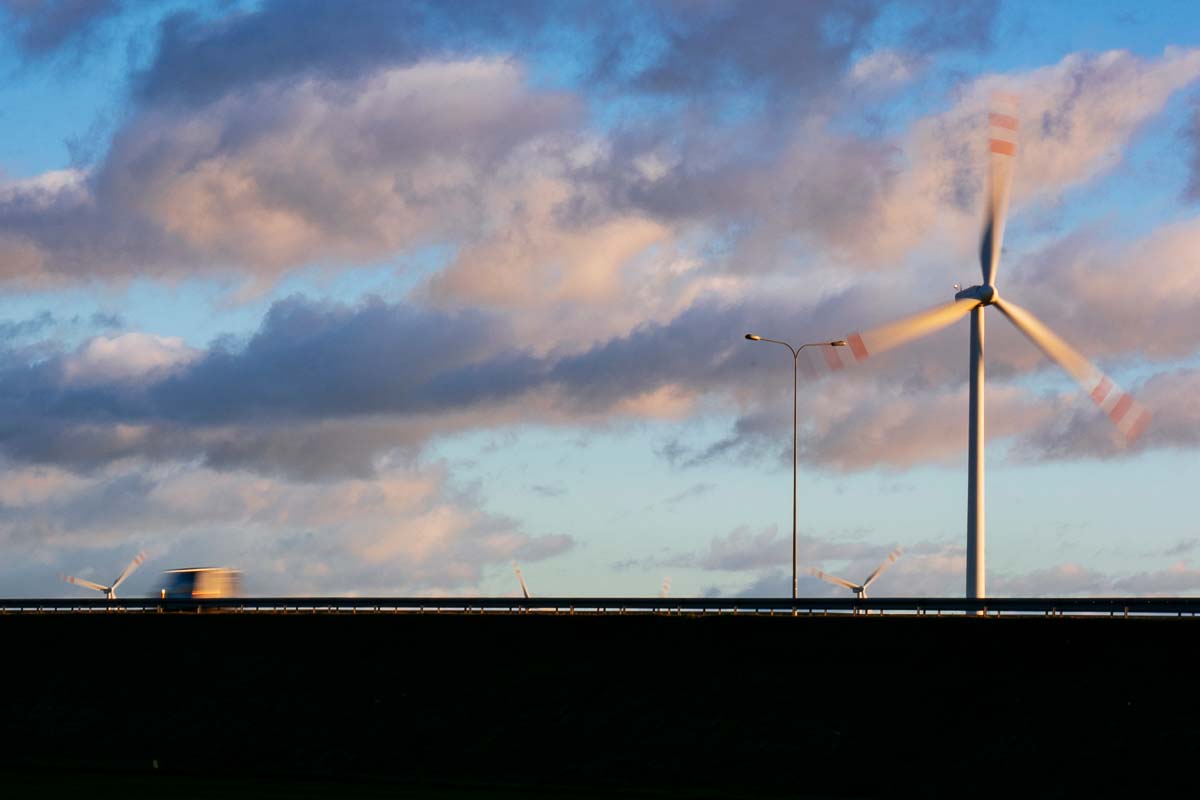 The elevated road immediately to our south cast a solid black shadow in the afternoon sun, becoming a strong graphic element. The wind turbines intrigue me. 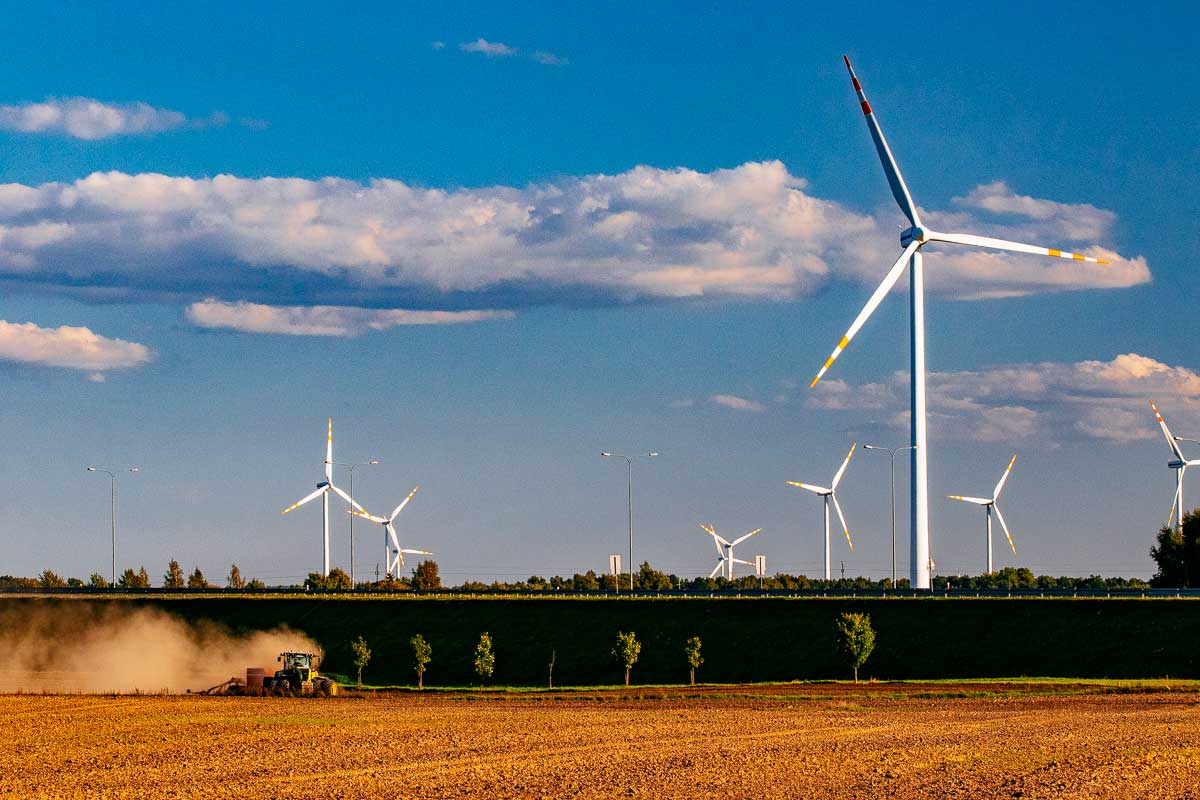 The last crop was seeded at the beginning of September. The wind turbines dwarf the tractor but consider that, because of the elevated road, we are not seeing the full height of the wind turbines. 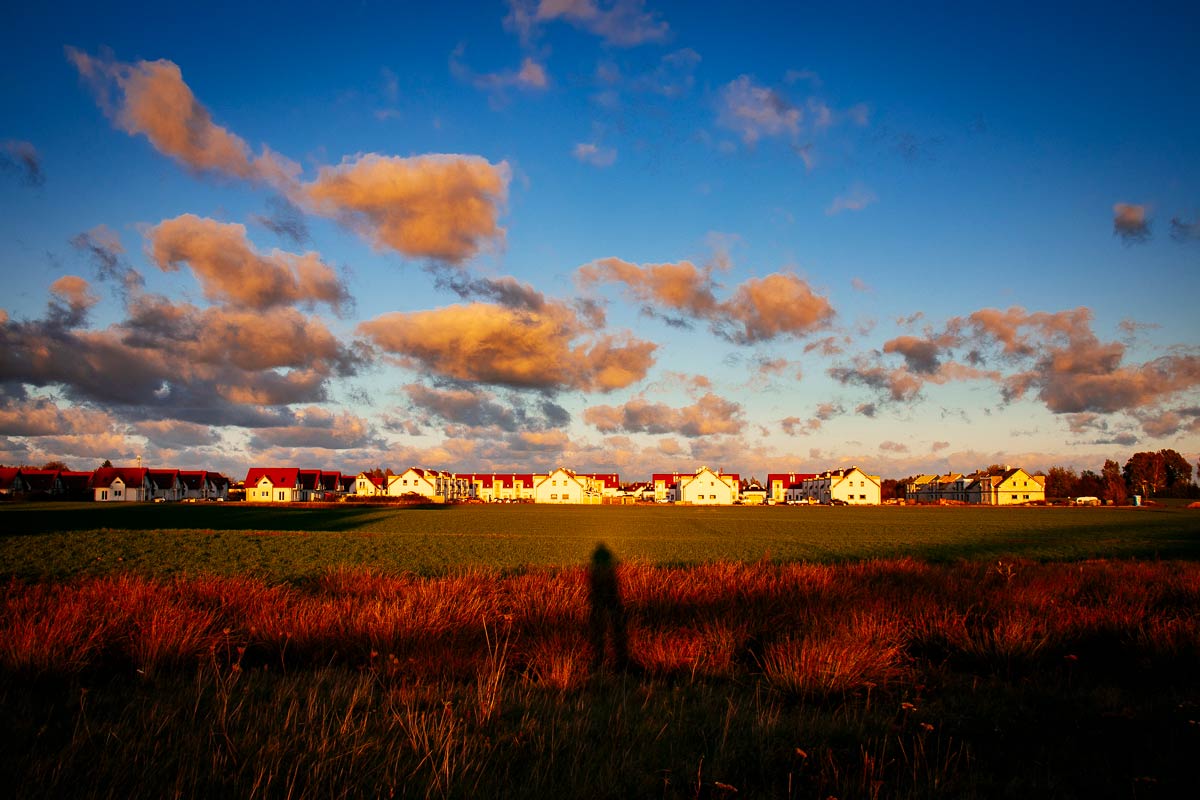 Sunset on our subdivision. One week later we would move downtown.