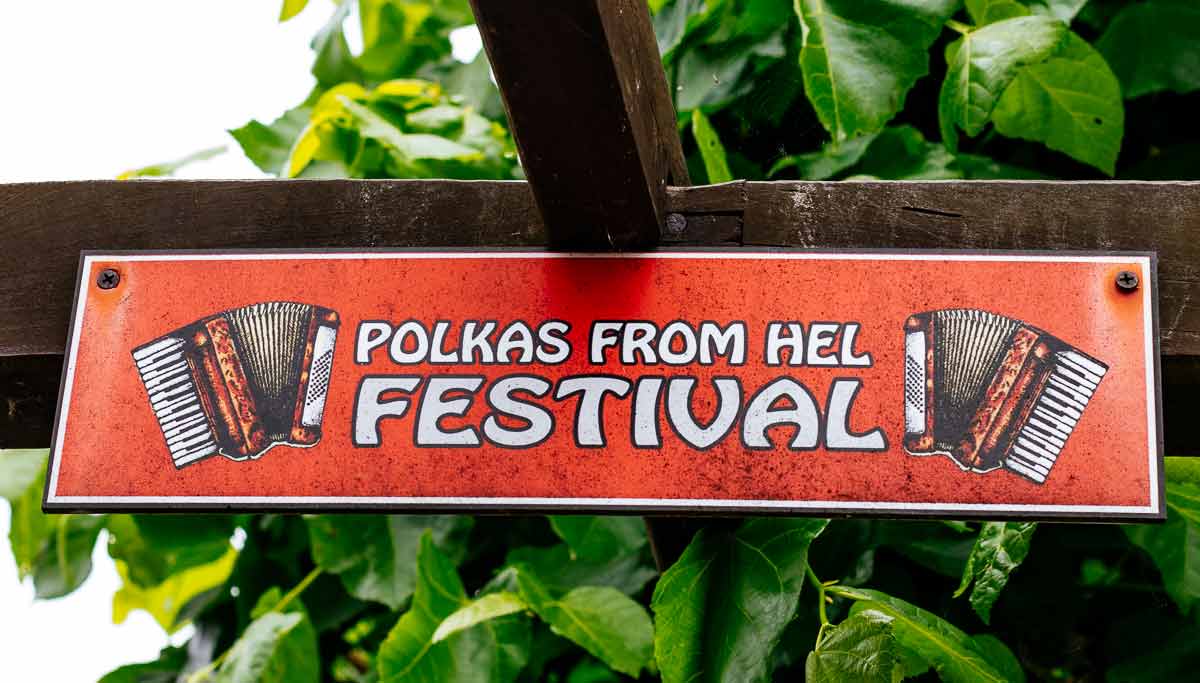 Although the polka did not originate in Poland, it was adopted by Polish immigrants in 20th-c. America as their “national dance.” The Polish-American polka music scene is generally divided into two major styles: Eastern and Honky (a.k.a. rural or Chicago). Polkas are still quite popular in Poland today.

There is a place called Hel and it’s in Poland.

Rosemary came home one day and said that she had been offered a good job in Słupsk, Poland.

Congratulation, honey! But where is Słupsk? And, how do you pronounce it? (It’s pronounced “swoopsk.”)

Google maps showed us that Słupsk is in northern Poland about 78 miles west of Gdańsk. Surveying the route between the two, we discovered that one of the towns in the region is “Hel.”

Simultaneously, we both said, “We have to go there.” 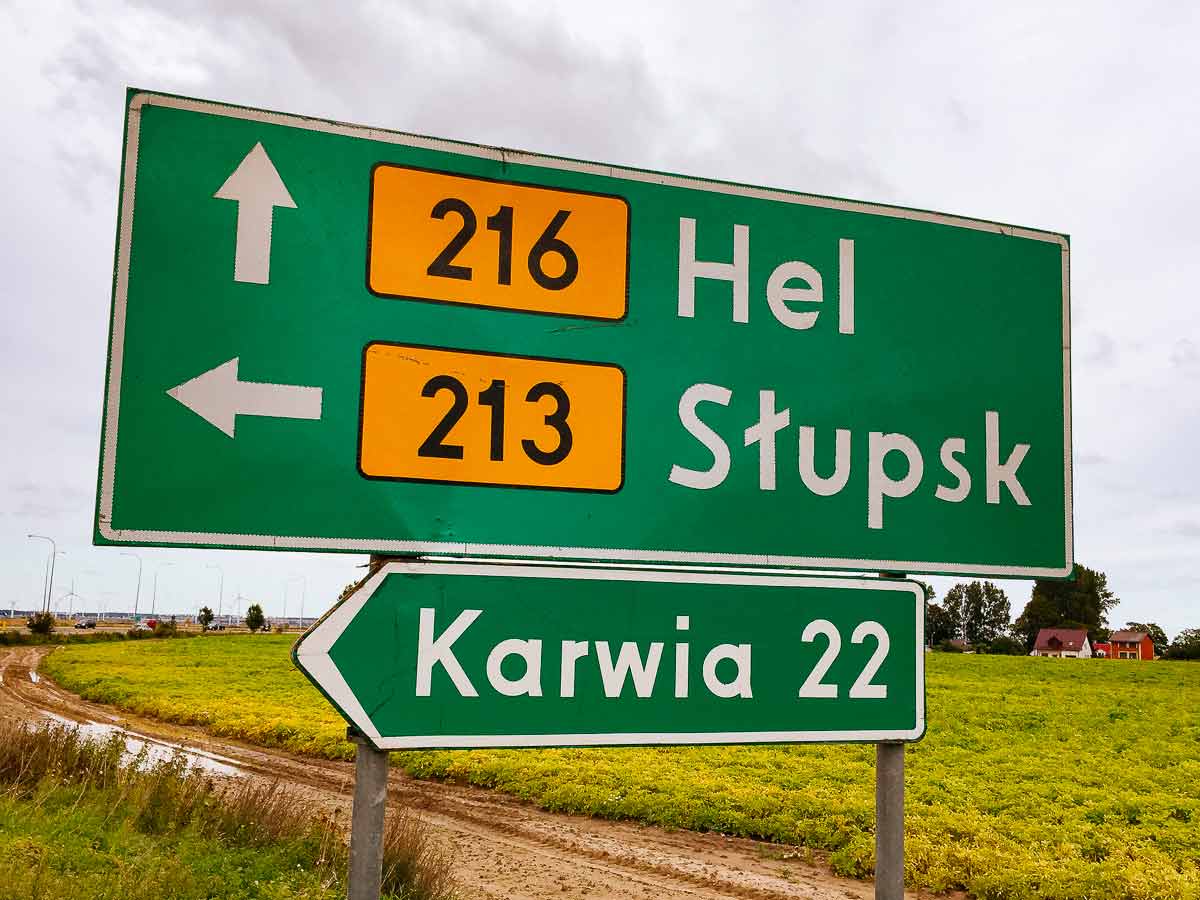 The road to Hel

The road to Hel is indeed paved. It’s a well-maintained, two-lane highway, bounded on either side by large trees in the country and by buildings when passing through a town. Driving east from Słupsk, we turned left just before Gdynia and continued to the end of a 34 km-long peninsula that juts out into the Bay of Puck. The trip took 2½-hours.

What is there to do in Hel?

Tourist websites advertise attractions such as a Fokarium (an aquarium with only seals), some museums and a lighthouse. There is a bike path that extends just about the length of the peninsula and there are many sandy beaches. We visited in the shoulder season, but I would guess that during the summer months the entire peninsula, not just Hel, is very popular for cycling, windsurfing and hanging out on the beach. It’s reportedly one of the best windsurfing locations in Europe.

The beaches of Hel are wide and sandy, much as the rest of the beaches along Poland’s Baltic Sea coast.

Sounds fun. What did you do in Hel?

Sandwiched between the beaches on either side of the Hel Peninsula are lush, green forests.

Other than the name, what is Hel known for?

Also, some Poles consider Hel to be the symbolic beginning of Poland. 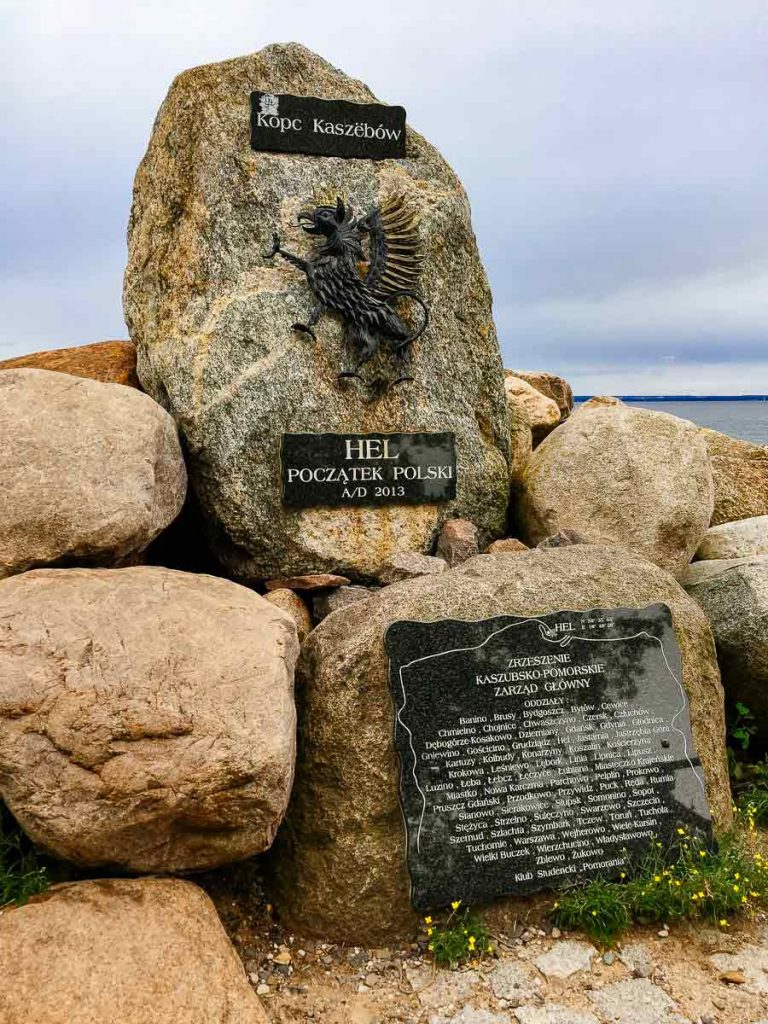 This mound of stones, called Kassubians’ Mound, was erected to mark the spot where some Poles believe Poland symbolically began.

Where did you stay in Hel?

We booked a place via booking.com for one night in downtown Hel, close to the beaches. Unfortunately, the room wasn’t like the room we saw on their website, but since it was only for one night ~ and it was pretty cheap ~ we went with it. The ground floor was one room (kitchen and eating nook) of about 10ft x 15ft. A very steep set of stairs led to the second floor which was about twice as long with three separate beds (not bedrooms) and the bathroom.

Is it hot in Hel?

No. In fact, it was cool, rainy and quite windy when we were there at the beginning of September.

So it’s easy to be hotter than Hel?

Yes, absolutely. You don’t have to be Paul Stanley to be hotter than Hel.

There’s a local brand of beer called “Viva Hel.” Walking to a liquor store to buy a bottle, it began to pour. We took that as an omen, turned around, got in the car and got outa there like a bat of … well, you know.

Next stop: The trip from Hel leads to Gdańsk (forthcoming).

1World War II Memorial in Hel, Poland
A park near the train station contains a memorial to the 1939 defense of the town during the German invasion. Hel was the last place in Poland to surrender; a garrison of some 3,000 Polish soldiers defended the town until October 2nd. The peninsula became a battlefield once more on April 5th, 1945, when about 60,000 Germans were caught in a bottleneck by the Red Army. The Germans didn’t surrender until May 9th, making it the last piece of Polish territory to be liberated. ~ from Lonely Planet