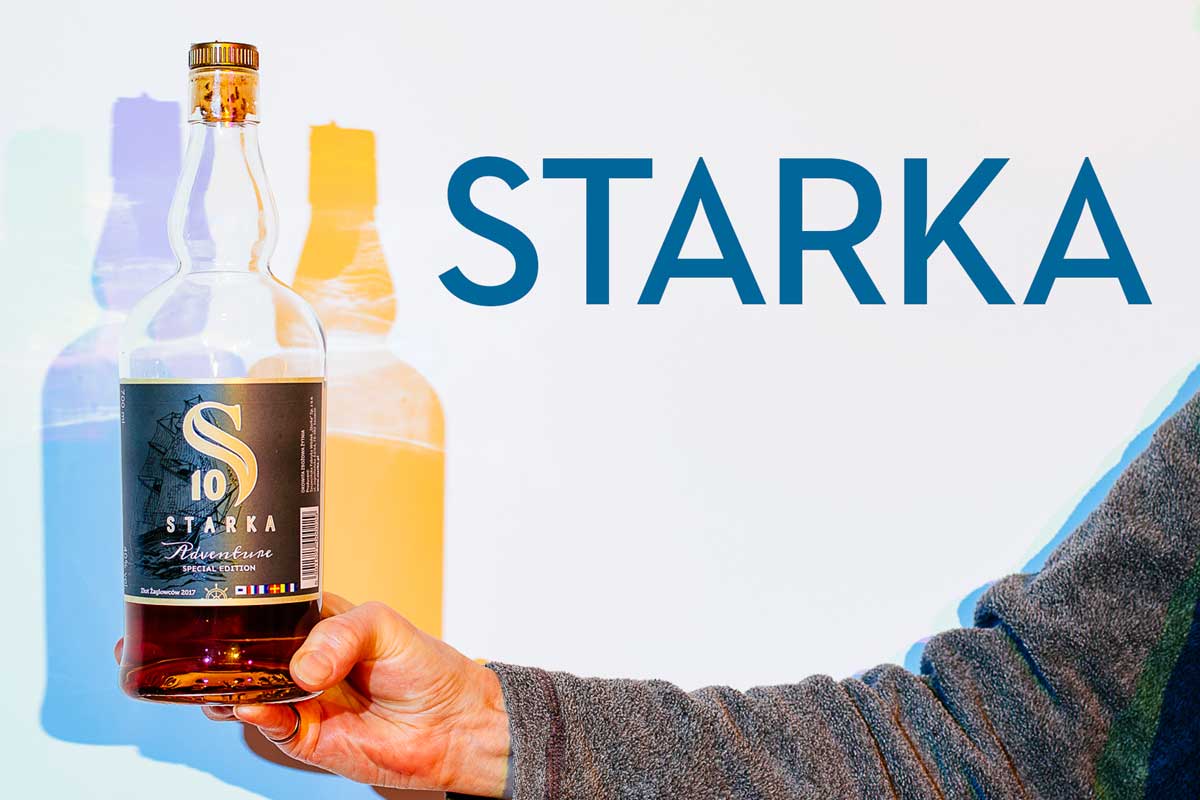 Our previous home, Kentucky, is famous for its bourbon whiskey. Does our new home, Poland, make whiskey? I found a store near Gdańsk that specializes in whiskey, so I stopped by to find the answer.

Walking into Dom Whisky (translates to House of Whisky), I was surrounded by thousands of bottles of whiskey*: Scotch, Irish and American to the left; Japanese, Swedish, Finnish, Dutch, French, Mexican and numerous other countries to the right. The gentleman who offered to help me was wearing a kilt, so the chances were good that I could find out about Polish whiskey here.

They do indeed carry one label of Polish whiskey, but it was out of stock at the moment. So sorry, but would I be interested in Starka instead?

Starka is a spirit that originated in the 15th century in what came to be the Polish-Lithuanian Commonwealth, the area that is now Poland, Lithuania and western Russia. Today, there are different varieties of Starka, but I’ll be discussing Polish Starka.

The legend of Starka

Differing accounts of Starka’s origin have differing details, but the overall theme is the same. Since we are in Poland, I’ll defer to the history of Starka given by the maker of Polish Starka, Szczecińska Fabryka Wódek „Starka” Spółka z o.o.:

When a noble family had a boy, an oak barrel was filled with alcohol, small amounts of apple and lime** were added, and the barrel was buried, to be retrieved and served at the son’s wedding ceremony.

I purchased the 80 proof “10 Year Adventure Special Edition.” I really enjoyed it and here are my tasting notes:

Nose
~ sweet, light butterscotch with old wood/leather
~ slightly herbaceous with hints of green pepper and fresh grass
Color
~ dull brass
Taste
~ alcohol burn at the beginning
~ caramel apple on the front of the taste
~ spicy in the middle (cinnamon, nutmeg)
~ with a long, smooth finish

Overall, it does remind me of whiskey.

How is Starka made?

The exact recipe is a secret, but Szczecińska Fabryka Wódek’s general process is:

How is Starka similar to whiskey?

How is Starka different than whiskey?

Where is Starka made?

In addition to Poland, Starka is made in:

Because I enjoyed this 10-year Starka, my next step is to return to Dom Whisky and buy some Starka with more age. And, if I’m really lucky, that Polish whiskey will be back in stock.

* Is it “whiskey” or “whisky” (with or without the “e”)? Well, it depends on which spirit you’re referring to. Around the end of the 19th century it became standard that the Irish (and Americans) made whiskey (with the “e”) and Scots (and Canadians and Japanese) made whisky (without the “e”). Since I’m partial to bourbon whiskey (with the “e”), whenever I discuss the beverage in general terms, I use whiskey. I’m sure that others will have their own preference.

**Limes in Poland in the 15th century? I’m dubious, but that’s what the legend says.