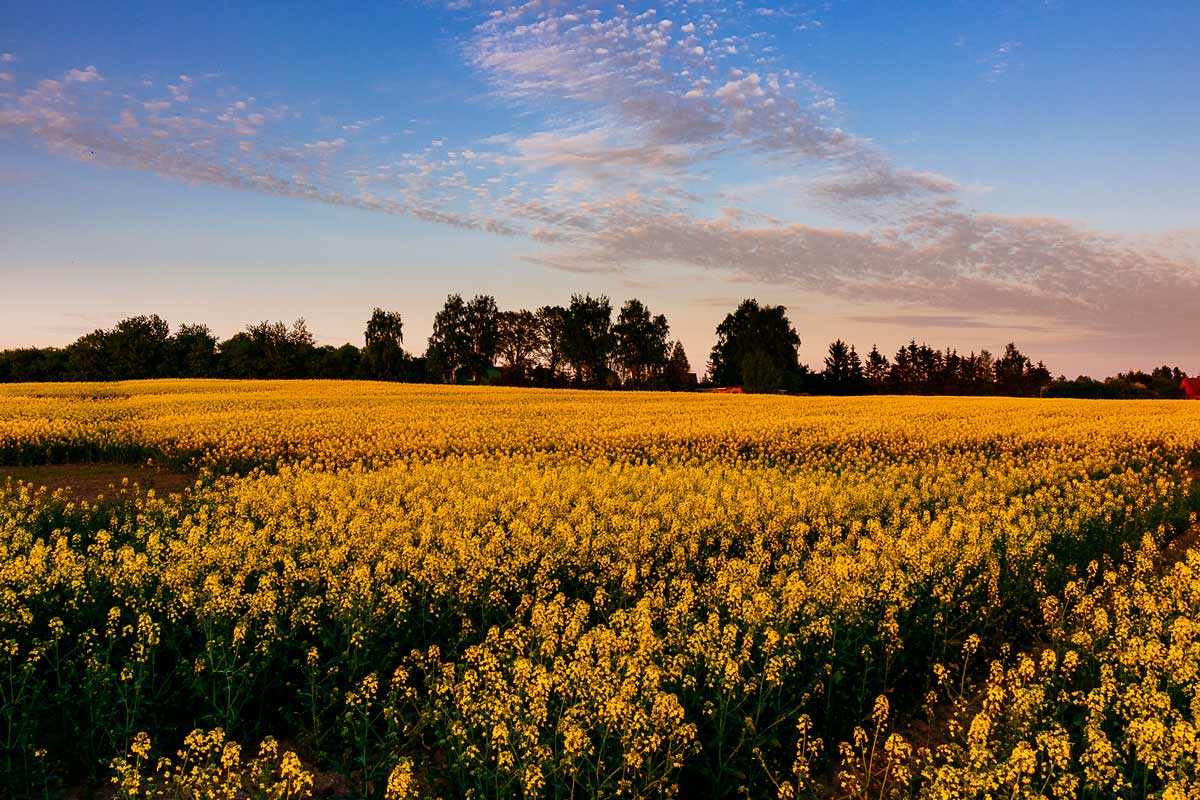 Rapeseed is used to make canola oil, or canola for short, a vegetable oil derived that is low in erucic acid. 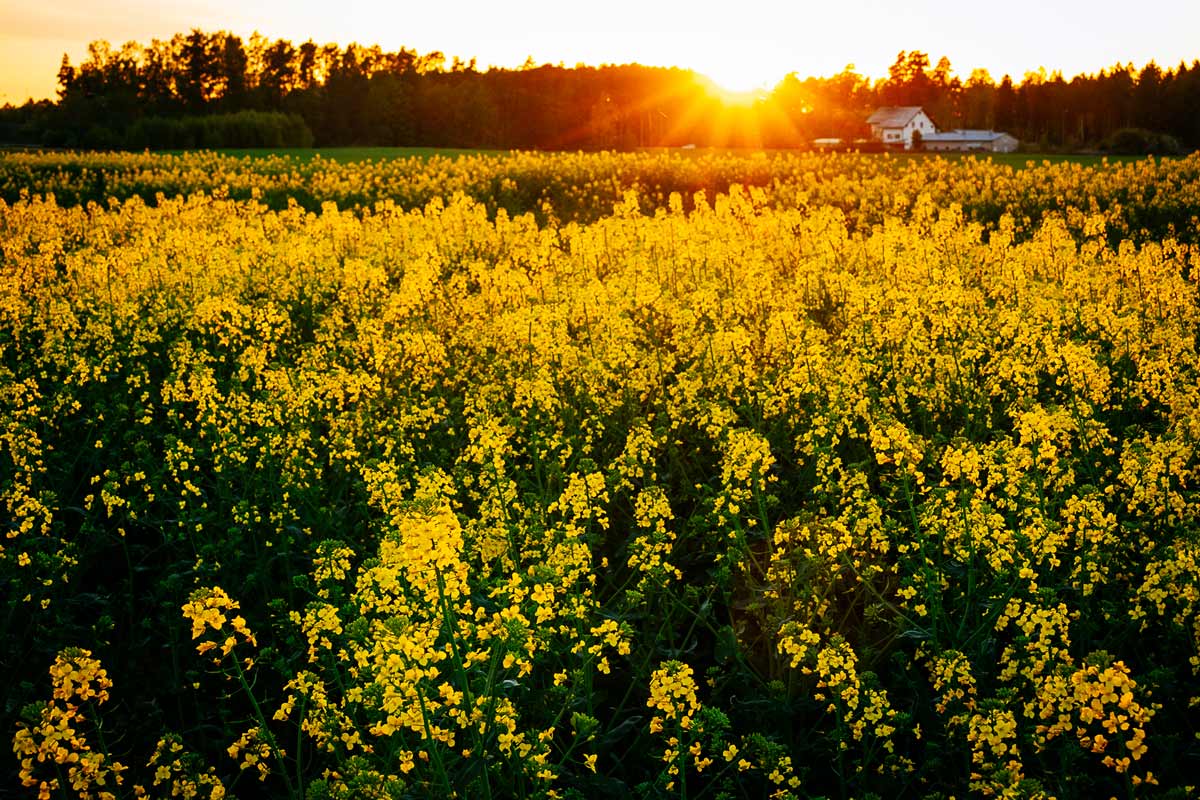 Poland is consistently one of the top 7 producers of Rapeseed. Rapeseed is grown for the production of animal feed, edible vegetable oils (including canola), and biodiesel.

Staring out the car windows as we drove across northwest Poland and then into Germany, we were pleasantly surprised at how agricultural, how open and how colorful the landscape was.

Driving to Wiesbaden, Germany takes 10 hours, which we split over two days. The first three hours cross northwestern Poland via two-lane highways through little towns ~ think “blue highways” in the States. There’s usually a lot of traffic, so you’re lucky to go 90 kph (about 54 mph). On a good stretch you can get up to around 120 kph (about 74 mph) but that usually only lasts for 5 minutes or so before slowing down to pass through a town. Speed limits in towns are between 50 & 70 kph (between 31 & 43 mph).

After leaving Poland and entering Germany, it’s another two or three hours to a hotel someplace around Berlin. It’s autobahn all the way, so it should be fast ~ no speed limits, right? Unfortunately, the reality is that there’s always a reason, such as entrance/exit ramps and construction areas, to slow down, so you’re lucky to average 100 kph (62 mph).

The next morning, it’s autobahn the rest of the way to Wiesbaden.

It’s spring now. Spring came fast this year; it seems like one day everything was rainy, brown and wet, and then the next week everything was sunny, green and in bloom. There were flowering trees, but they merely accented the many shades of greens.

Amongst the greens of the trees and the browns of the just-plowed fields are the brilliant yellow fields of rapeseed. Large fields, as yellow as the sun, that cover the earth like a huge carpet.

The grays and greens 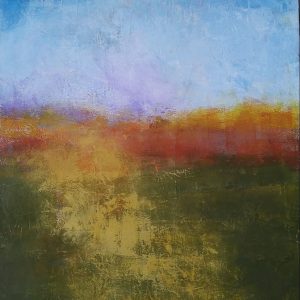 I saw this beautiful mixed media artwork recently on Instagram and it reminded me of a drive we took last fall. We took the long route to Warsaw, driving south through the lush countryside, the yellow fields of rapeseed long since harvested. Sneaking glances of the cloudy sky while trying to keep the car on the road, I saw yellow grey, blue grey, red grey. The countryside was green; so many variations of green. Yellow green. Blue green. Gray green. Orange and mauve thrown in for variety. For the first time in I don’t know how long, maybe ever, I wanted to paint. I wanted to mix paint with a brush and apply it to a canvas, just to see if I could make all those beautiful shades of grey and green. 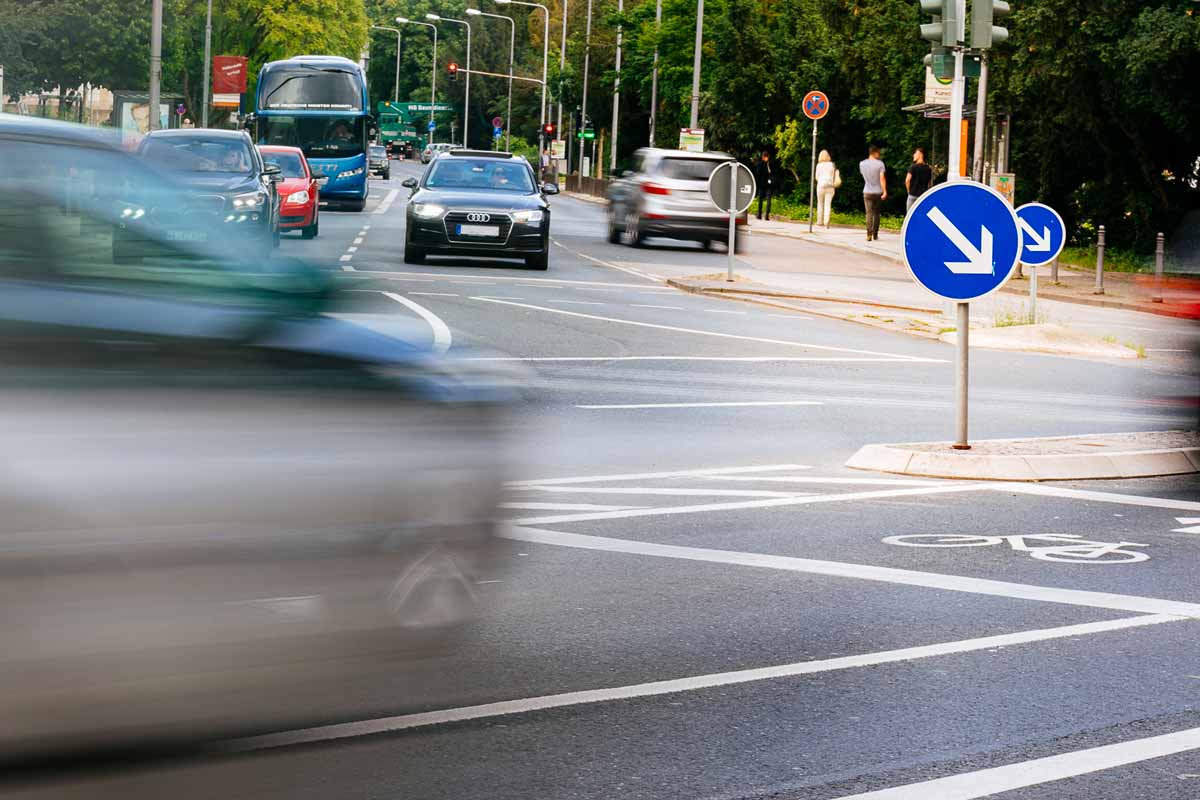 You would think that when I mention “blue,” I would be talking about the color of the sky. Not this time; my favorite blue thing on this trip is this little blue circular sign with its helpful arrow. When going through a traffic circle, one hand shifting, one hand using the turn indicator while simultaneously holding on to the steering wheel, watching to ensure that another car doesn’t hit us or that I don’t hit a pedestrian in the crosswalks that surround every traffic circle, in the rain, with directional signage in Polish, this little sign has (so far) ensured that I exit in the correct lane and don’t get in an accident. That little sign is a good friend.

Surprised at being surprised?

I initially said that “we were pleasantly surprised…” In hindsight, maybe I shouldn’t have been surprised at being surprised; Poland so far has been one pleasant surprise after another.