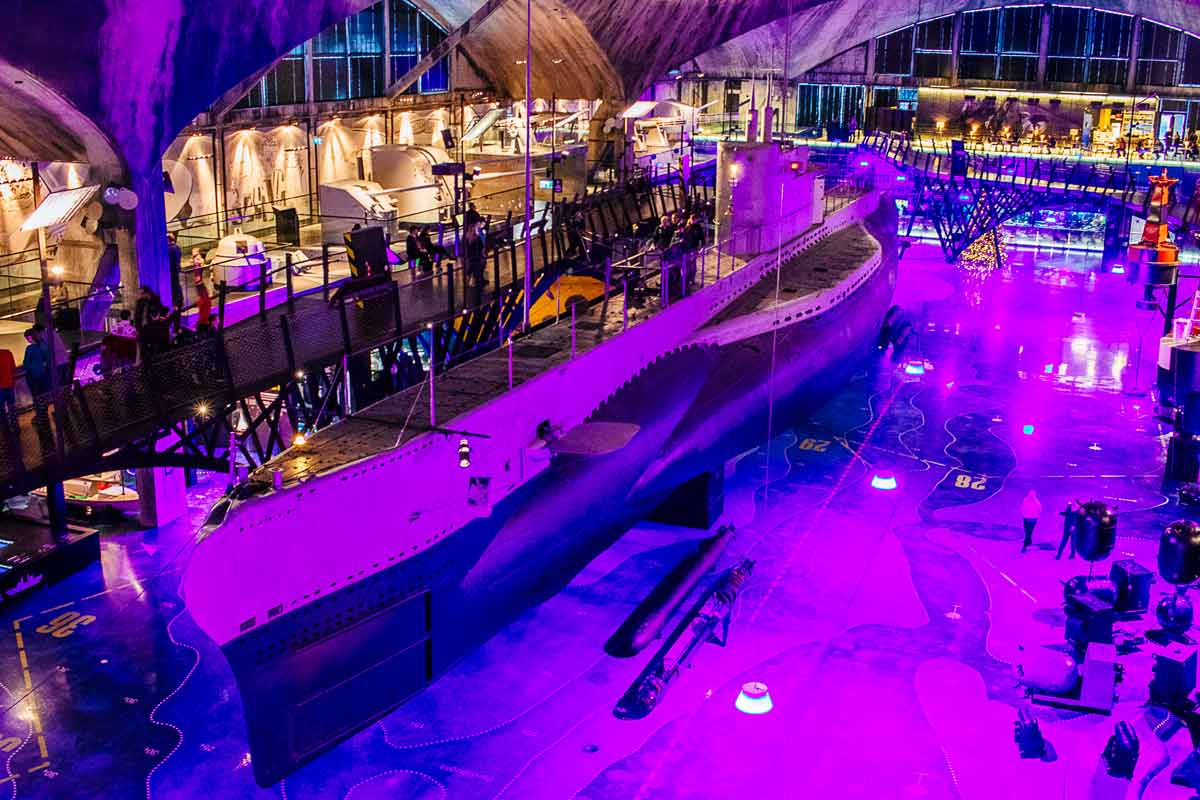 The EML Lembit as seen from the bridge underneath the sea plane replica.

We spent our evenings at the Christmas Market, dining and hanging out. During the six-hour long day, we explored Tallinn’s distant and not-so-distant past.

Tallinn is home to the EML Lembit, the submarine that holds the record of having the most years afloat.

Launched in 1936, the Lembit first served in the Estonian navy and then in the Soviet fleet. It was finally pulled out of the water in 2011, after 75 years afloat, and installed in its new home, The Lennusadam (Seaplane Harbour Museum). Technical specs, patrol history and more are available here and on Wikipedia.

Visitors board the Lembit via a gangplank from the museum’s first floor. Then they go inside the boat through the torpedo loading hatch, located forward of the conning tower, exactly as her crew did. Once inside, it’s clear that every inch of space must have been put to maximum use. I had to wonder how 38 sailors could work and live in such a tiny space.

The Lembit may be the headline attraction, but The Lennusadam, or Seaplane Harbour, is a star in its own right. Constructed in 1916-17 as part of the defensive system for St. Petersburg, it was one of the first buildings in the world to have concrete domes with no internal support. There are three domes, each approximately 25 meters (82 ft.) tall and, at the top, the concrete is only 8 cm thick.

More at the Lennusadam than just the Lembit

There’s much more to the Lennusadam besides its headliner, the EML Lembit, including:
• an old-school flight simulator
• a pool with RC boats
• displays of coastal artillery
• a replica of a World War I era Short Type 184 seaplane
• the wreck of the 16th-century wooden ship Maasilinn
• buoys, mines and other boats
• plus a café that serves a good lunch.

The Lennusadam is definitely worth a visit.

The Hotel Viru: a hotel with an unlisted floor 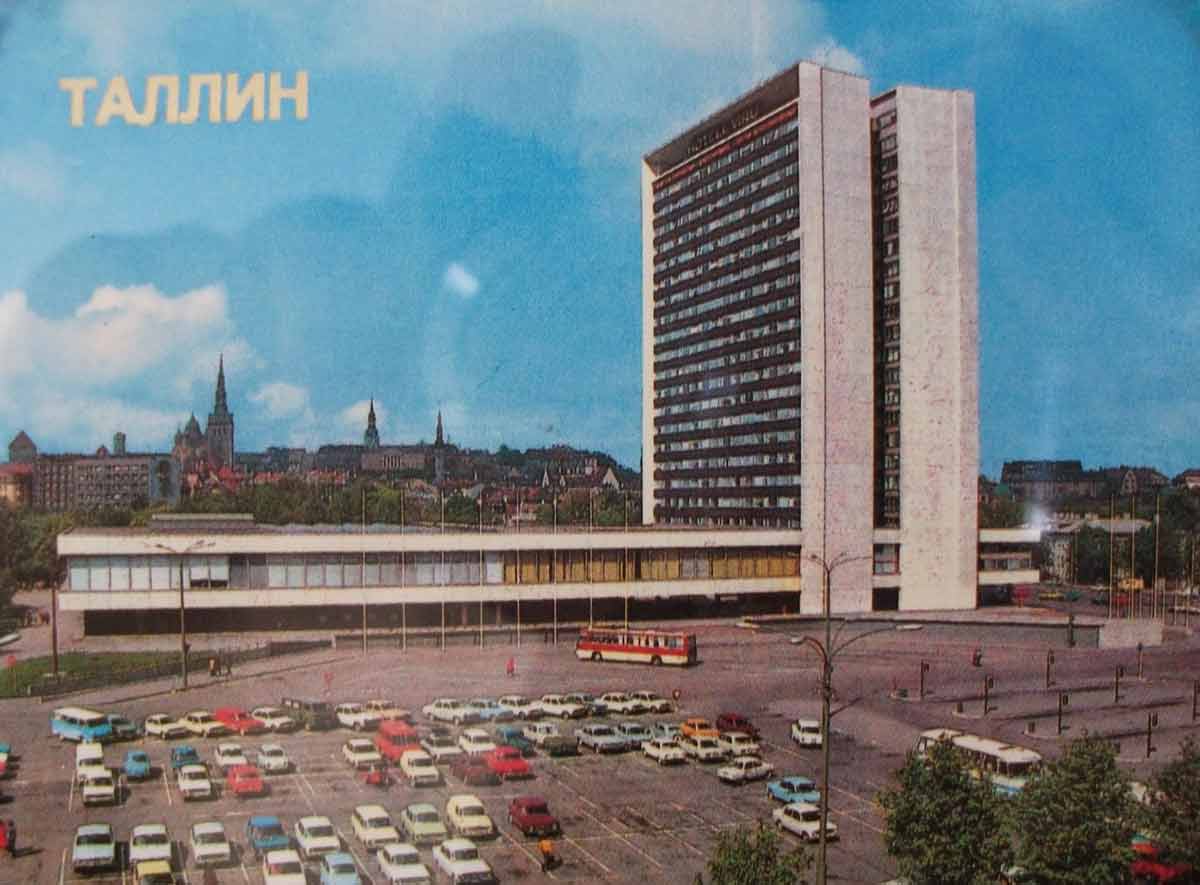 The Viru Hotel as shown in a Soviet Era postcard. Image used by permission of Christopher Camargo from his blog, Christopher’s Expat Adventure.

On the other side of the street from the Viru Gate is the Hotel Viru. Built in 1972, it was the only hotel foreigners could use when visiting Tallinn. It officially had 22 floors but, at the end of the Soviet Era, a 23rd floor was discovered. The local authorities didn’t know what was behind the locked doors and some were afraid that the doors were boobytrapped. Fortunately, there were no boobytraps. Just like something out of a James Bond movie, the 23rd floor was a KGB listening post.

The Red Phone and the wireless bread plate

One of the rooms had a desk with two phones: a red phone and a “regular” phone. The red phone was a hotline. However, this hotline connected not to Moscow but to the KGB HQ in Tallinn. The “regular” phone was for other phone calls and it was specially constructed so that it would collapse if someone tried to bug it.

Speaking of bugs, the KGB had engineered a wireless bug that fit in a bread plate. The bugged bread plate looked like an ordinary bread plate but upon closer inspection it was obviously slightly thicker. That added width housed a listening device that would wirelessly transmit the table conversation to the listening post. And this was decades before wifi and bluetooth.

There’s much more to Tallinn than Subs and Spies 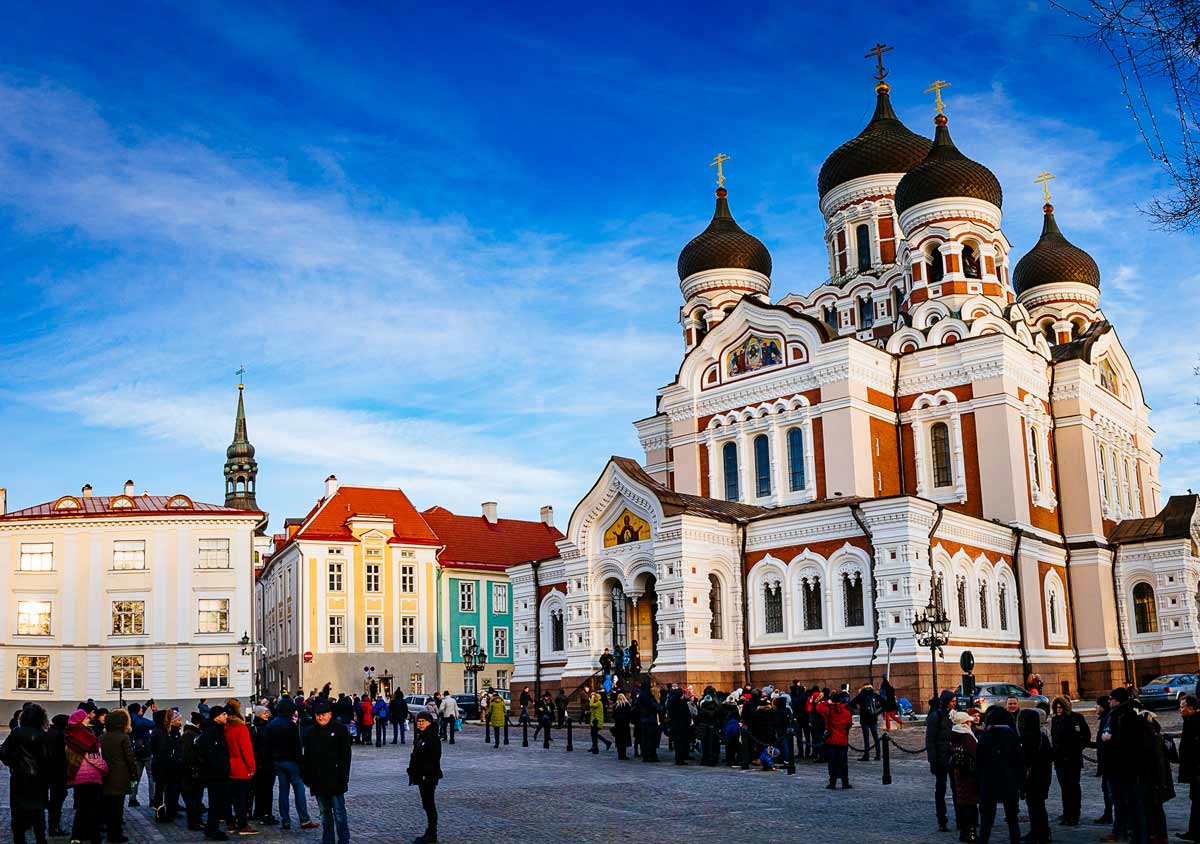 The St. Alexander Nevsky Cathedral crowns Toompea and is the main place of worship for Tallinn’s Russian Orthodox faithful.

There’s so much more to do in Tallinn ~ see the view from St. Olaf’s church, visit Pirita Beach, go hiking in the Pääsküla bog, plus more ~ that we’ll definitely have to go back in the summer.

More about our visit to Tallinn

If you’ve enjoyed this quick glimpse of our visit to this beautiful city, please check out these posts:
Tallinn part 1: A Christmas Market in the oldest capital city in northern Europe
Tallinn part 3: Our favorite type of souvenir